Like other wonders of the world, Machu Picchu was only briefly inhabited. Why? What happened, and what lessons can we learn about the sustainability of today’s civilisations? Watch this video to find out what this amazing ancient landmark, along with the wisdom of the ancients, can tell us about life on earth today and in the future.

There is an ancient prophecy that gives us hope in these modern times of rapid and unsettling global change.

This prophecy has good and bad news. The good news: There is a state of civilisation coming that will be sustainable – forever! The bad news: It’s not our current civilisation. The best news: we can still be a part of it, and it’s not that far out of reach.

Where is this prophecy? It’s in the Bible, in Daniel chapter 2. 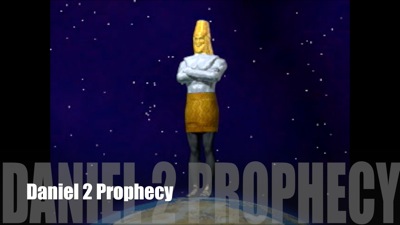 One thing I love about the Bible is that it is intellectually reasonable. It does not require us to leave our brains outside. Daniel 2 provides evidence so that faith need not be blind.

What’s in the prophecy of Daniel 2? The prophecy outlines the major world empires from the time of writing (Babylon) through to today, and into the future beyond. The prophecy has got it right for everything up to now (6 out of 7 predictive elements), with only one main event remaining.

Let’s look at the predictions:

Let’s recount what has actually happened:

When was this prophecy actually recorded? Many critics have taken the view that it must have been recorded after most of the events actually happened. But there is good evidence that it was written prior to most, if not all, of these events.

According to the text, the prophecy was recorded at the height of the Babylonian kingdom – the 2nd year of Nebuchadnezzar’s rule (603 BC). It would be reasonable to ask for corroborating evidence that it wasn’t written much more recently, when most or all of these kingdoms had come and gone. There are three strong external pieces of evidence that all date it at least before the fall of Rome, or earlier.

This prophecy predicted accurately around 2,600 years ago that there would only ever be another three world empires (focusing on the then-known world). After that the nations would never completely unite, but with Rome’s influence continuing in some form. Quite remarkable!

Since all that has happened accurately, is there any reason to doubt whether the future will follow how the prophecy concludes? This gives us hope that the present rapid global change, and the seeming insurmountable global issues, will have a resolution – and a good one at that!

For more information see The History of Tomorrow